A LARGE ATTENDANCE IN THE ANTECHAMBER

After developments at Chapter Arts Centre Cardiff and Arts Admin London A Large Attendance in the Antechamber had its first production at The Royal Court Theatre Upstairs in London 1996, it then had a season at Battersea Arts Centre in 1997.  The Australian premiere was on 10 November 2000 at the Royal Society of Victoria, 8 La Trobe Street Melbourne. It has since been seen at the 2000 Edinburgh Fringe Festival (Assembly Rooms), 2001 Sydney Festival, 2002 Adelaide Festival and on a tour of north-eastern Victoria. In 2004 the production toured the USA, with performances at Spoleto USA in Charleston, the 2004 Festival of Arts and Ideas in New Haven and the Here Arts Center in New York City. The work has also been performed at two Conferences of the Royal Australian and New Zealand Congress of Psychiatrists biennial meetings, once in Brisbane and once in Christchurch. It has also been presented in private homes across Melbourne. The final season opened in The Malthouse Tower Theatre Melbourne on 21 November 2007. 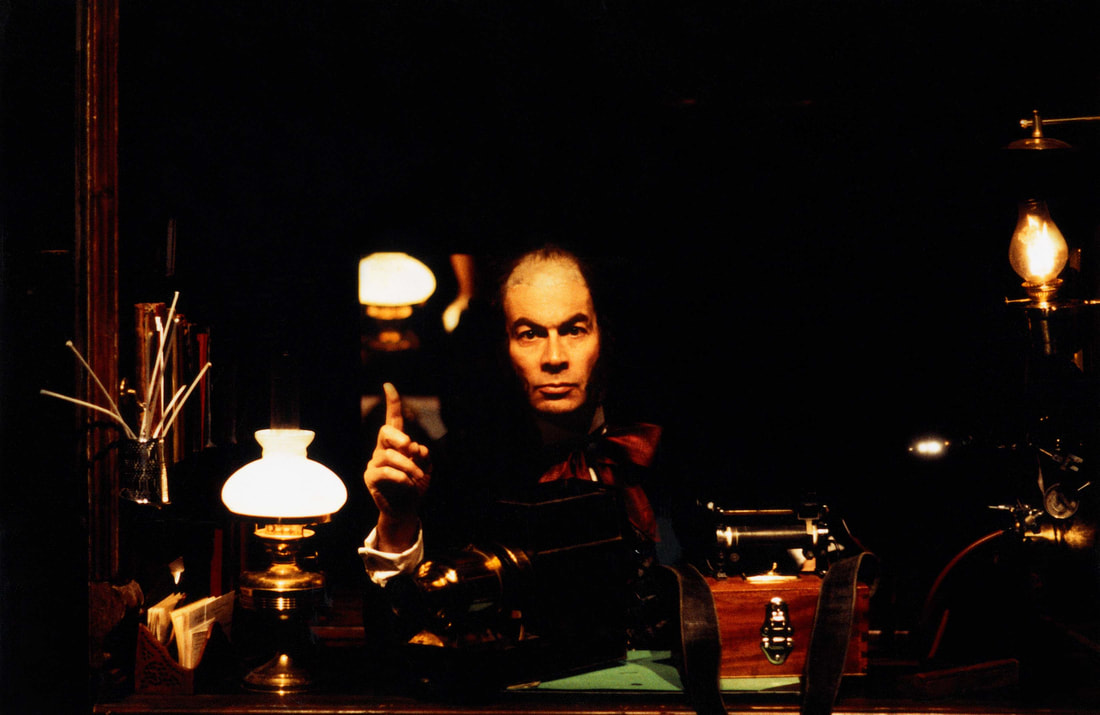 UK REVIEWS of A LARGE ATTENDANCE IN THE ANTECHAMBER


"Lipson does not so much inhabit Galton's ghost as become possessed."
- Sophie Constantini, Financial Times


"A grand wit is at work...Lipson effortlessly lures the spectator's mind into a place of nightmarish confusion that cannot be simply quitted when the houselights go back up.  Attendance should be made compulsory."
-Dominic Cavendish, Time Out 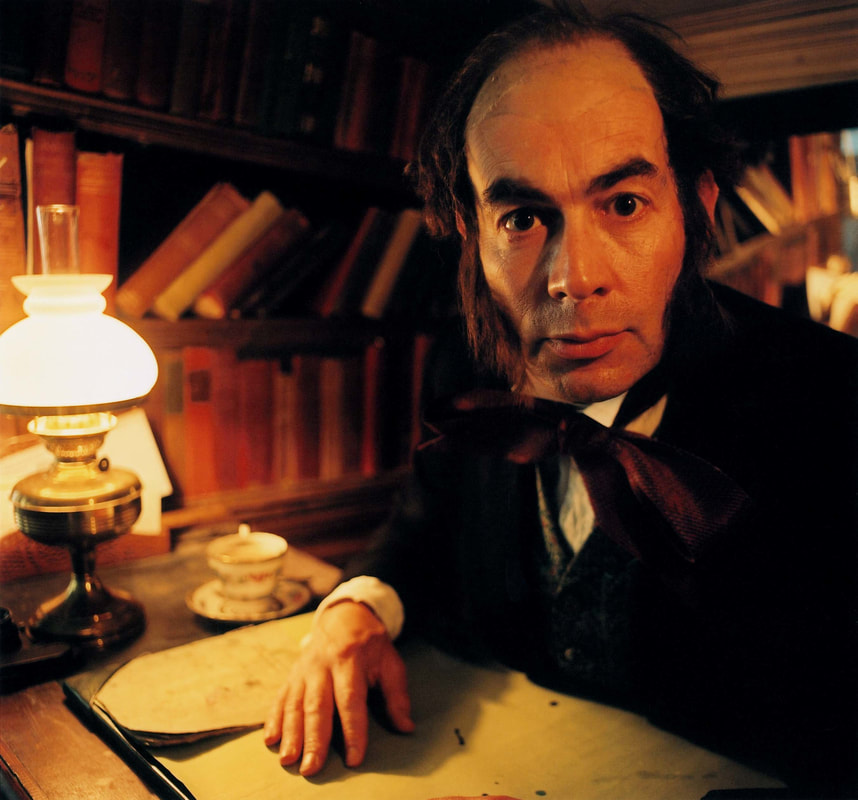 “This eccentric and intriguing show... a satisfyingly complex play on many levels... It is an acting tour de force that is also intellectually intriguing and morally disturbing.”


“... one of the most riveting performances this year.  the writing is complex, intelligent and hilarious ... a fascinating theatrical event ...  This is the perfect combination of theory and practice, theatre and reality, present and past, truth and fiction.  It is a splendid, disturbing and compelling performance by an actor with impeccable comic timing.”


“Lipson, who is jewish, displays admirable detachment throughout the show.  His script is not only very clever... it is also a haunting and unsettling portrayal of a man lost in the enclosed world of his ideas.  Lipson’s performance is first rate ... Inventive, thematically complex, A Large Attendance in the Antechamber is the best show in town...”


“Not a moment passes in A Large Attendance in the Antechamber when the viewer is not confounded or delighted ... intensely physical... unending detail and fascinating vocal variations... it feels like a classic.”


Some reviews for A LARGE ATTENDANCE IN THE ANTECHAMBER
from the Sydney Festival 2001:

“ This is great festival fare and one of the most imaginative pieces of theatre I’ve seen...  His comic timing is perfect, his writing colourful and madcap... It’s impeccably done...”


“a literally stunning one-man play... bursting at the seams with intelligent life: bizarre and extraordinary - and by that I intend the highest praise.”


“One of the festival theatre highlights... Lipson is superb at both creating the character of Galton and the actor playing Galton.  The production is immensely satisfying...”


“...this consummate journey into the past through our present... Lipson’s beautifully performed evening... a tiny, superbly realised and disturbingly engrossing study... It is wide ranging, vastly entertaining and deftly constructed... a fascinating man with a disturbing legacy - imbues this work with a haunting quality.” 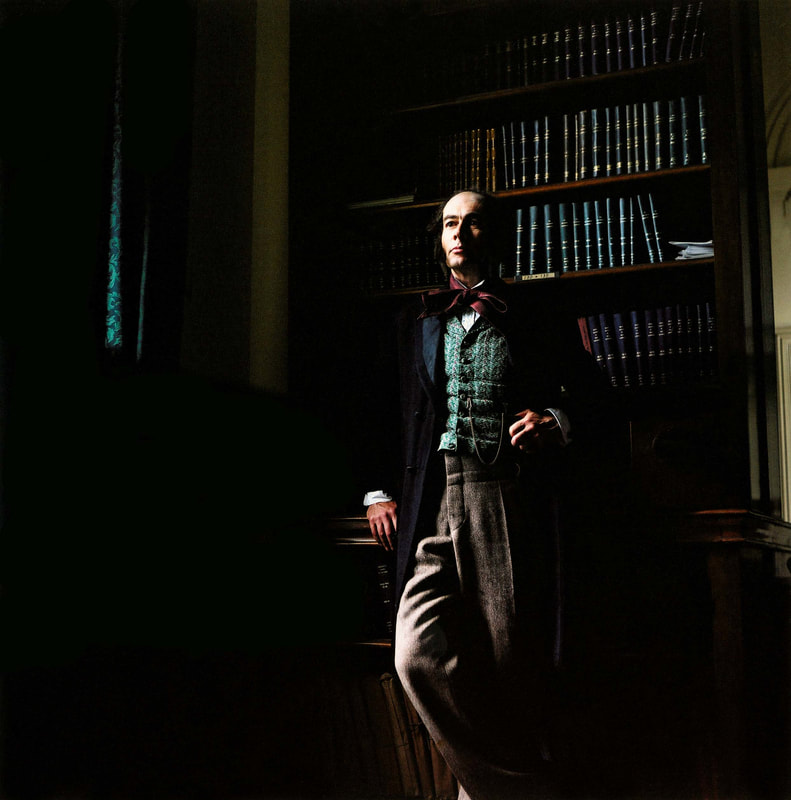 Some reviews for A LARGE ATTENDANCE IN THE ANTECHAMBER
from the Edinburgh Festival 2000:

"...startlingly unusual... a humorous, entertaining and stimulating work of theatre... he has succeeded in fusing the most unlikely elements into an enthrallingly eccentric performance.  Conceptually unique, this is truly one of the festival's unexpected pleasures."
-  Mark Brown, Scotland on Sunday


"... plays wittily with levels of reality.  It's mad inventiveness sums up the spirit of the fringe..."
- Rachel Halliburton, The London Evening Standard


"...this bizarre dramatic monologue which stupifies the brain...defies all theatrical conventions...astonishes and delights both intellectually and visually..." 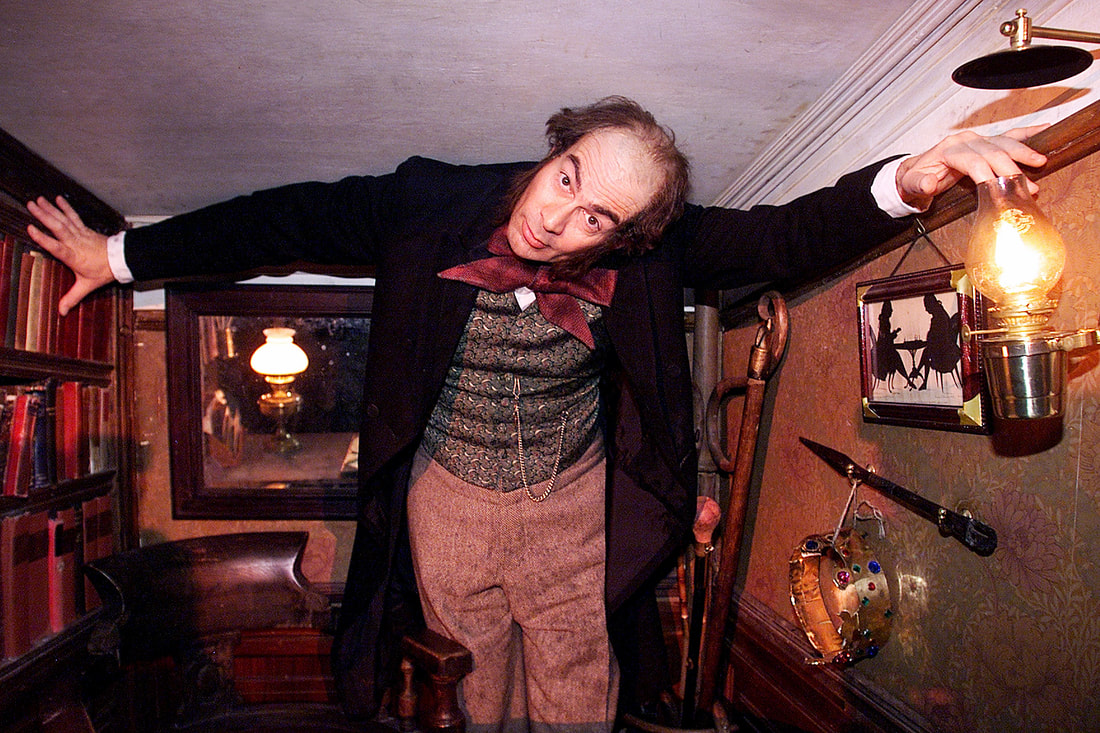 SIR FRANCIS GALTON ON THE ANTECHAMBER

When I am engaged in trying to think anything out, the process of doing so appears to me to be this: The ideas that lie at any moment within my full consciousness seem to attract of their own accord the most appropriate out of a number of other ideas that are lying close at hand, but imperfectly within the range of my conciousness. There seems to be a presence-chamber in my mind where full conciousness holds court, and where two or three ideas are at the same time in audience, and an antechamber full of more or less allied ideas, which is situated just beyond the full ken of consciousness. Out of this antechamber the ideas most nearly allied to those in the presence-chamber appear to be summoned in a mechanically logical way, and to have their turn of audience. The successful progress of thought appears to depend rst, on A LARGE ATTENDANCE IN THE ANTECHAMBER... the thronging of the antechamber is, I am convinced, altogether beyond my control; if the ideas do not appear, I cannot create them, nor compel them to come. The exclusion of alien ideas is accompanied by a sense of mental effort and volition whenever the topic under consideration is unattractive, otherwise it proceeds automatically, for if an intruding idea nds nothing to cling to, it is unable to hold its place in the antechamber, and slides back again.