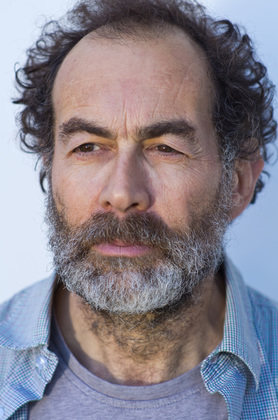 Brian Lipson  trained as a theatre designer at Central School of Art in London; on graduating he became resident designer first at Watford Palace, then at The Cockpit Theatre, and also designed for Lindsey Kemp, Ballet Rambert and many others.  He then trained at E15 Acting School and in the 70s and 80s was a key member of three of the most important experimental theatre companies in England, working as performer, designer, writer and director.  These companies were Lumiere and Son, Rational Theatre and Hidden Grin.

In the 80s and 90s he began to do more mainstream acting work and acted regularly at The National Theatre, The Old Vic, The Royal Court, Greenwich, The Gate etc.

Since moving to Melbourne in 1997 he has acted frequently at MTC, Playbox, Malthouse, STC, Belvoir and Bell Shakespeare, and has worked with many independent companies including Eleventh Hour, Hayloft, ICE, Stuck Pigs Squealing, Chunky Move, GoD BE IN MY MouTH, Thin Ice and fourtyfivedownstairs.

He directed and designed The Harry Harlow Project (Melbourne Arts Centre and national tour), Song of the Bleeding Throat (Eleventh Hour 2011), Photographs of A (MTC Neon 2014); directed and wrote (with Matthew Hindson) the opera Love, Death, Music and Plants: A Musical Infringement on the Life of Baron Ferdinand von Mueller for Melbourne Botanic Gardens (2003, and later recorded and broadcast by the ABC); co-directed and performed in Lally Katz’s Apocalypse Bear Trilogy (MTC, Stuck Pigs Squealing, MIAF 2009).  As part of Inotrope Theatre Brian designed, devised and performed in four collaborations with the St Kilda Drop In Centre at Theatreworks, one of which was televised by the ABC as Tempest at the Drop In .

The solo show A Large Attendance in the Antechamber, which Brian wrote, designed and performed, had an extended season at The Royal Society in Melbourne in 2000 and 2001 and then toured for over seven years - receiving wide acclaim at the Edinburgh, Sydney and Adelaide festivals, the Spoleto Festival South Carolina and The New Haven Festival of Art and Ideas, it also played The Royal Court and Battersea Arts Centre in London, and Here in New York, The Powerhouse in Brisbane and Malthouse in Melbourne; it toured country Victoria and had a three-week season at Sydney Opera House.

Brian subsequently wrote and designed and performed (with Pamela Rabe) the large-scale work Berggasse 19 - The Apartments of Sigmund Freud for the 2005 Melbourne Festival.  It had a sell out season in Melbourne and was performed at Psychiatric conferences in New Zealand and Sydney.

Brian’s solo work Edmund. The Beginning premiered in Melbourne at Arts House 2015.  In 2015 he also presented a devised work created in collaboration with Gideon Obarzanek and Lucy Geurin called Two Jews Walk Into A Theatre…

Brian started teaching at the VCA in 2002 and was appointed Lecturer in Acting in 2003.  Since then he has directed many productions there including Cloud 9, As You Like It (which opened the new VCA drama building in 2003), The Crucible, The Importance of Being Earnest, The Skriker, Observe the Sons of Ulster Marching Towards the Somme, King Lear and Vinegar Tom. Reviews of several of these productions can be seen in theatrenotes.blogspot.com and elsewhere. He has also taught drama at Monash University, the Victorian University of Technology and the Centre for the Performing Arts in Adelaide.

Brian has been nominated for 8 Green Room Awards and won 4.  In 2011 he was awarded a two-year Australia Council Fellowship.